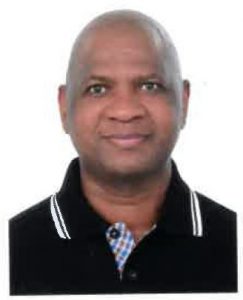 Dr Cornelius Ncube is an Associate Professor of Computer Science at the British University in Dubai and an Honorary Fellow at the School of Informatics, Edinburgh University, UK. Previously, he was the Director of the Software Systems Research Centre, at the Faculty of Science & Technology, Bournemouth University, UK and the REF 2014 Unit of Assessment (UoA 11) Leader – Computing and Informatics submission. The Research Excellence Framework (REF) is the new system for assessing the quality of research in UK higher education institutions (HEIs).

Cornelius has been a lead researcher in various research projects; has served on the organisation and programme committees of several international conferences and workshops; guest-edited the November/December 2008 IEEE Software Journal on Opportunistic Software Systems Development, was Program Chair for the 7th IEEE International Conference on Composition-Based Software Systems (ICCBSS 2008) and has acted as a reviewer for various international journals and research project proposal. He has presented findings of his research activities in international journals, conferences, symposiums, workshops and book chapters. Professionally, he is a member of the International Council on Systems Engineering (INCOSE); the INCOSE Systems Security Engineering Working Group; the INCOSE Systems-of-Systems Engineering Working Group, the IEEE Computer Society and the Requirements Engineering Specialist Group of the British Computer Society (RESG).