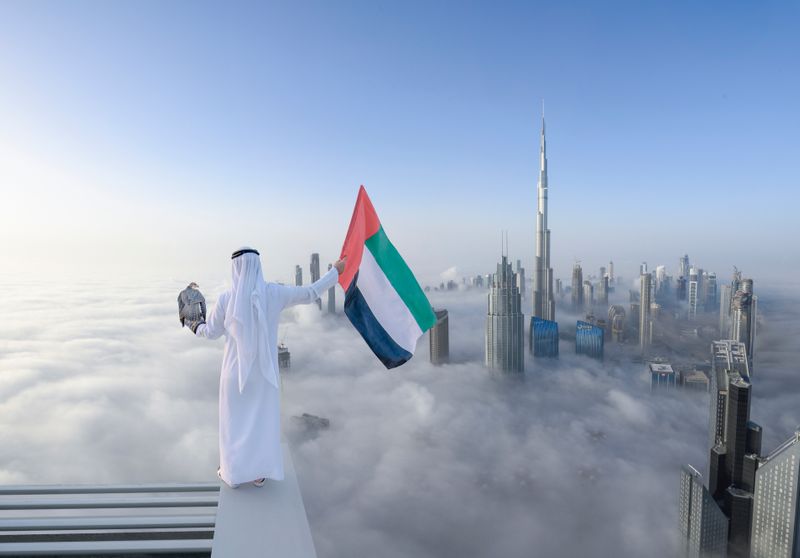 Life at BUiD / About The UAE and Dubai

About The UAE and Dubai

The Birth of the United Arab Emirates Soon after assuming power on 6th August 1966 as the Ruler of Abu Dhabi, Sheikh Zayed underscored the importance of union and remarked: In harmony, in some sort of federation, we could follow the example of other developing countries.

The significance of unity and the need to work in co-operation with the other emirates was thus ingrained in Sheikh Zayed?s thinking very early in his career. Although he was fully aware that federation was a novel concept in the region, yet he had a firm conviction that it could be implemented on the basis of common ties that bound the different emirates, and the history and heritage that they shared together for centuries. To translate his ideals of union, co-operation and mutual support into practice, Sheikh Zayed began to devote a large part of his emirate?s income from oil to the Trucial States Development Fund long before the inception of the UAE as a federal state.

Dubai is a bustling centre of excellence, recognised as the commercial and tourism centre of the region, and one of the most cosmopolitan cities in the world. It is a city of contrasts, where outstanding modern architecture and soaring skyscrapers stand alongside traditional Arabic buildings and suburban villas. Its selection and designation as host city for The World’s Fair-Expo 2020 epitomises its status and ambition.

Dubai’s many and varied attractions provide visitors with a unique experience. Miles of clean, uncrowded sandy beaches give way to mysterious byways from an exotic Arabian heritage. The timeless majesty of the desert contrasts with a spectacular nightlife of restaurants and nightclubs.

The city has a strong service-driven economy, offering every business amenity from banking to telecommunications, transport. International trading and industrialization are encouraged by the provision of seaports and specialist free trade zones. Many projects are bringing 21st century technology and communication to Dubai including the world’s first Free Zone dedicated to e-business, and the priority placed on mobile-enabled government services.

In November 2013, the United Arab Emirates won the right to host the World Expo in Dubai in 2020.  This will be the first time that the World Expo is staged in the Middle East, North Africa and South Asia (MENASA).Since the first Great Fair of 1851, World Expos have continued to be one of the largest and most enduring global mega-events. Lasting six months, World Expos attract millions of visitors who explore and discover pavilions, exhibits and cultural events staged by hundreds of participants including nations, international organisations and businesses.

Dubai’s World Expo is held under the theme of Connecting Minds, Creating the Future, echoing the powerful spirit of partnership and co-operation that has driven the UAE’s success in pioneering new paths of development and innovation. Through this theme, Dubai Expo 2020 will serve as a catalyst, connecting minds from around the world and inspiring participants to mobilise around shared challenges, during a World Expo of unprecedented global scope, under the sub-themes of: Mobility, Sustainability & Opportunity.

Dubai Expo 2020 is expected to attract 25 million visits, 70 per cent of which will be from overseas. This will be the first Expo in which the majority of visitors stem from beyond a nation’s borders. Running from 20 October 2020 through 10 April 2021, the Expo will launch the country’s Golden Jubilee celebration and serve as a springboard from which to inaugurate a progressive and sustainable vision for the coming decades.

Arabic is the national language, but English, Urdu, Hindi and Farsi are widely spoken. Arabic and English are the main business languages.