Abdullah Mohammed Alshamsi was appointed as Vice Chancellor of The British University in Dubai (BUiD) in February 2007. Before this, he was a Professor of civil engineering at UAEU. In 1980 Alshamsi graduated from Eckerd College, USA with a Bachelor of Science (Mathematics), followed by another Bachelor of Civil Engineering with Honors  (Distinction) in 1982 and a Masters in Civil Engineering in 1983 both from Georgia Institute of Technology, USA. Alshamsi went on to complete his PhD from Leeds University (UK) in the area of Concrete Properties in Hot Climates in 1988. In January 1989 he was appointed as an Assistant Professor at UAEU. He was then promoted to the ranks of Associate Professor and finally Professor in 2002. 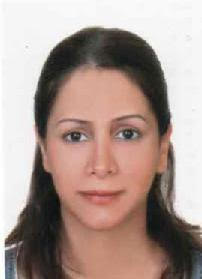 Executive Administrator / PA to the Vice Chancellor and the Registrar & CAO

Salam Khoury holds the position of an executive administrator at British University in Dubai, providing support to the Registrar and the academic office. Salam is also, appointed as a personal assistance to the vice-chancellor, managing tasks and agenda according to prioritisation of events. Salam’s experience spans for over 15 years of responsibilities in handling assignments for human resources and managerial activities in industries that included telecom, NGOs, banking, and education. Salam attained her MBA from the British University in Dubai and currently is a PhD in Business Management candidate at the British University Dubai.