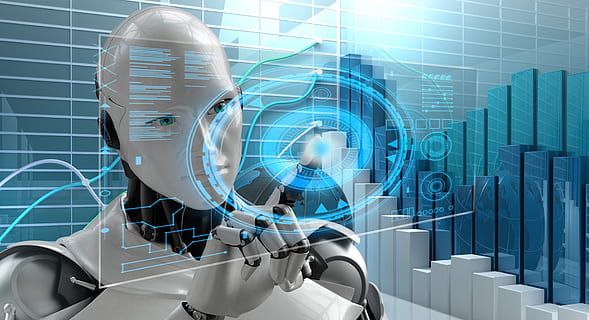 News and Events / Blogs / Machines don’t have stomach but humans do: mind your innovation

Machines don’t have stomach but humans do: mind your innovation We are at the threshold of the fourth industrial revolution driven by artificial intelligence (AI) and robotics. Optimists of AI are excited about the opportunities, while the sceptics are cautioning the potential risks. We are celebrating robot chef, not realising the danger of machines taking away, even the little pleasure in our hobbies. The biggest risk of the fourth industrial revolution is that 40% of today’s jobs will be lost due to AI and robotics.

The world is already grappling with unemployment, deepened by the pandemic and other factors. The careless shift to fourth industrial revolution might worsen this. The unrealistic optimism of the fourth industrial revolution predicts to create more new innovative jobs without clear indications and directions. Every single day, new innovations are born that are obviously going to survive in the market based on their ability to generate more wealth, which implies cutting human and other resource costs.

There are good innovations that are the need of the hour which must be encouraged, such as drones being used to deliver medicines and essentials to remote hamlets and AI being used in areas where human intervention is difficult. However, innovations that would destroy the hope of employment of especially unskilled people must be discouraged. Recently a farming company tried using robots to pick apples which could be done by unskilled, unemployed people who would make their living by picking apples. Should the companies using robots sell their products to robots? and will the robots eat the apples? These and other urging questions are to be addressed before the wide use of AI and robotics.

In future social movements might possibly advocate to boycott the products made without employing humans or downsizing them. Governments could introduce special tax to firms downsizing human resources. The revenue generated from this tax could be used to upskill people who lost jobs due to automation, AI and robotics.

It is shocking that countries with highly unskilled, unemployed populations that rely heavily on agricultural employment opportunities are approving the use of drones and robots in farming. It is feared that this and other factors would further marginalize farmers and unskilled/unorganised labour forces. The use of advanced farm equipment and machines have already displaced farmers out of the industry, while many farmers without other skills were trapped with no further options and opportunities.

Innovators must invent to solve problems, not to create them. If businesses and countries have more jobs, they could give them to people who need them, rather than using machines to replace humans. There are millions of people who need jobs and they will be grateful for your kindness, if you give them jobs. Machines don’t have stomach but humans do and they need a job to feed their families. Let us therefore practice mindfulness in our innovations. And let our innovations create more jobs, not take them away.