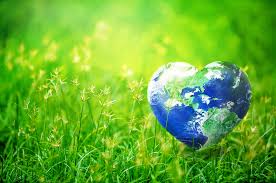 News and Events / Blogs / Shaping globalisation in the post-pandemic world: from rattling rhetoric to realistic remedies

Shaping globalisation in the post-pandemic world: from rattling rhetoric to realistic remedies Fifteen years ago, I researched about the impacts of globalisation for education in my doctoral research. Reflecting now on the state of globalisation is very different with so much have happened; such as the wars, refugee crisis, credit crunch, the Brexit, trade war, the pandemic and many others.

Globalisation emerged as a process of interaction and integration among individuals, institutions, ideas, products and services beyond national borders. Although globalisation has been there for a long time ever since the start of the human interaction, it got accelerated in the post-modern era largely marked by the fall of the Berlin wall, the dissolution of the Soviet Union (striking the ideological shifts, making neoliberalism and free-market capitalism being widely accepted and embraced), the emergence of global agreements on trade and services in the early 1990s. Globalisation brought both challenges and opportunities, benefiting some, risking others.

Expansion in wealth gap, exploitation of human and natural resources, disruption of the national sovereignty, imposition of cultural, ideological hegemony and others seem as key risks of globalisation. Increased mobility, global capital flow, better and affordable products and services, competition, collaboration, positive external influences and others are considered as benefits of globalisation.

We have seen individuals, movements supporting and opposing globalisation. The strong anti-globalisation movement in the 1990s had been slowly and steadily dismantled. Even, the heavy weight critics such as Joseph Stiglitz shifted rapidly from his scepticism (globalisation and its discontent) to a more realistic (making globalisation working for all) position. On the contrary countries that advocated free marker liberal economy suddenly became protectionists following the financial crisis in 2008. For many the Brexit and the Pandemic are the clear signs of the end of the globalisation, while some others think that these will not end globalisation, but the way we globalise will change, as globalisation survived in many similar situations ‘for good or bad’.

The biggest problem in my view for many current world crisis is that the world failed to listen to the sceptics of globalisation, while systematically sabotaged and silenced the opposing views. We have seen how young dreamers such as Greta Thunberg and others have been bullied for their environmental activism. Another important problem is that everyone applied the same globalisation logic of ‘maximising the benefit and minimising the risk’ but only for themselves, while not considering the world as a whole. We have noticed how the rich got richer during the pandemic, how certain industries profited heavily (disaster profiteering by price gouging) during the crisis.

The Dutch historian Rutger Bregman berated the billionaires at Davos over tax avoidance and demanded radical taxing of the wealthy to address poverty and other world crisis. We have witnessed the ways the climate change deals have been accepted, resisted and ignored. While the role of the United Nations (UN) and other big institutions to propel big agenda such as the sustainable goals are acknowledged, there is still a strong sense of ‘much could have been done’ remains clear. A good example of this is the awarding of the Nobel peace prize 2020 to the UN World Food Programme for its efforts to combat hunger.

Some consider the pandemic as a historical moment shaping the way we will live and globalise, while, some others don’t foresee much to change and a steady return to the old ways would possibly be the case. As expected the World Economic Forum 2021 is geared up with the post-pandemic rhetoric of shaping the future. The whim of fourth industrialisation as well continues to hold firm grip on the current conversation. What remains unclear for many is how we are going to shape the future. For sure, we cannot continue the way we are now in the pandemic and it will be difficult to completely revert globalisation. Some suggest alter-globalisation and glocalisation as ways forward.

There are hundreds of small solutions from different corners of the world proposed every now and then, often many of them elapse unnoticed. Young visionaries such as Alexandria Ocasio-Cortez are promoting the Green New Deal, while others caution about the cost-effectivity of this approach. As the German Chancellor Angela Merkel stated that ‘ever since the Roman Empire, ever since the Chinese Wall, we know that shutting ourselves off doesn’t help’. The UN secretary general Antonio Guterres recently asked the world leaders to come to the UN general assembly with an action plan rather a speech.

We need therefore, more clear road maps and action plans to take the world forward without disrupting the harmony. At this juncture, it is strongly proposed to remain open and explore the best ways that we could shape the world, while continuing to relate with each other for the betterment of everyone.