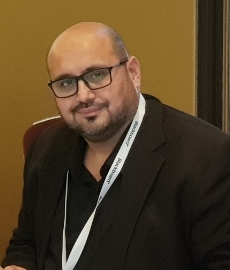 With the increasing emphasis on the significance of communication in the language classrooms, traditional methods of instruction that were built on whole-class teaching and lecturing have been losing ground in favour of other strategies, such as group work. A corollary of this trend has been that the use of group work has expanded impressively in language classrooms, which is evidently manifested in including pair work and group work activities in lesson plans and in actually employing them in lessons. With the manifold benefits credited to group work in the language classroom, it is not surprising to see supervisors and teachers alike enamoured by such activities. As a result, group work has been flourishing on all pedagogical fronts and in various class formats, be it face to face or online classes.

The benefits of group work are so many and can be found in solid research in the language classroom all the way down to adages like ‘two heads are better than one’. Reported benefits of group work in the language classroom include, inter alia, developing more effective communication skills, sharing varied views and ideas, debating skills, learning from peers and solving problems in an interesting way. These merits of group work have been corroborated by evidence from hundreds of empirical studies conducted in classroom contexts. Impressive! However, the claim that groups are always as effective as they are usually depicted to be is exaggerated. My take on this is: Benefits of group work activities are not the ONLY important detail about group work. There are other dimensions that might make the intended collaboration non-collaborative; at all!

Have you ever been part of a team and felt that not everyone was doing their best to accomplish the task assigned to them? Teachers usually complain about individual students not doing much on a project or a task when being parts of groups. Welcome to the ‘diffusion of responsibility’ club. According to verywellmind.com, “diffusion of responsibility is a psychological phenomenon in which people are less likely to take action when in the presence of a large group of people.” This phenomenon was studied in abundant research and was found to exist in groups, particularly larger ones.

John Darley and Bibb Latané conducted a psychological experiment where a simulated ‘help’ call made it appear that a person nearby was suffering from a seizure. When participants heard the cry, and thought they were the only ones who heard it, 85% of them stepped in to help.  But if participants thought there was another person who heard the ‘help’ call too, only 62% took action. And if participants thought that four other people also heard the cry for help, just 31% helped. Therefore, teachers need to be aware that ‘diffusion of responsibility’ may affect group work to the extent that the majority in the group are actually contributing very little to the task at hand. This can be explained in terms of social loafing, which is, simply put, the tendency of the group members to put less effort than what they are capable of if they were individually assigned the task. Again, the ‘someone-else-can-and-will-do-it’ comes to play.

One of the most interesting experiments done on social loafing dates back to 1913, Ringelmann’s rope-pulling experiments. The experiment was simple. The participants were asked to pull a rope alone, and then in groups. The participants were found to put less effort in pulling the rope when in groups than they did when they performed the task individually. Dear teachers, is there any reason why this might not happen in students’ group work tasks? And mind you, do not try to get the answer form your students as they would not divulge the ‘dark’ secrets of group work and compromise their grades. They are smarter than this!

In fact, the answer to whether or not ‘diffusion of responsibility’ and ‘social loafing’ have a negative impact on group work in a classroom context may only be answered through research that draws on psychology and instruction. Until this happens, the assumption I forward in this article remains as the title suggests: a wicked witch’s eye into group work.