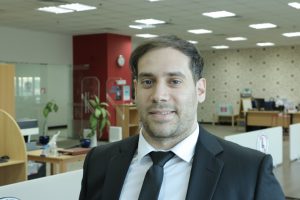 Imagine you are a contestant in a television gameshow.

To win a brand-new Lamborghini, all you must do is guess which of the 3 doors it is hidden behind. Pick the wrong door and you could end up with either a t-shirt or a pen instead of the supercar. So, you have a ⅓ chance of winning a supercar, a ⅓ chance of winning a t-shirt, and a ⅓ chance of winning a pen. Now suppose that you pick door A. The host then – for psychological manipulation – proceeds to open door C and reveal to you that the pen was behind it. He then gives you an ultimatum: stay at door A or switch your choice to door B. What would you do? Should you switch or stay?

At first glance you might think that the winning odds are the same: ½ for each of the doors A and B. Whether you switch or stay makes no real difference. But look closer: switching to door B actually raises your chances of winning from ⅓ to ⅔. This is because the ⅔ probability that was shared between door B and door C is now carried over and concentrated into door B after the reveal of door C. So the odds of finding a Lamborghini is actually ⅔ behind door B and ⅓ behind door A. This puzzle is called the Monty Hall problem, and it is absolutely fascinating because it reveals something first observed wrapped inside Heisenberg’s uncertainty principle: probability is not just a mathematical function we use to think about things; rather, it is a metaphysical phenomenon woven into the very fabric of reality.

The premise that probability is metaphysically real and causally consequential ultimately leads to the inevitable conclusion that we are living in just one of many possible worlds. And yes, a possible world is exactly what you think it is: an alternate reality of what-if; a world of what could have been. This is not in a hypothetical speculative sense; there exists a real world somehow parallel to ours where you are the founder of Microsoft, the earth has 2 moons, and democracy was never invented. Although it may sound like something out of a sci-fi movie, the concept of possible worlds is a subject matter studied seriously in modern physics. Take for example the ‘many worlds interpretation’ (MWI) theory in the field of quantum mechanics. The theory resolves the stubborn problem of superposition by postulating that every time a probability emerges for two different possibilities, the world literally splits in two, each containing one of the possible outcomes. Take also the ‘parallel universe’ theory; a cosmological possible worlds theory that attempts to explain the state of the multiverse and the big bang that caused it. Then there is the bizarre ‘mirror universe’ theory which argues for the existence of a world superimposed on ours, except where time runs backwards.

The idea of examining possible worlds was first considered in philosophy, and it was originally meant to be utilised as a thinking tool to better understand our world. Since the time of Plato (maybe even earlier), philosophers would compare what-if worlds with our actual world as a means of investigating philosophical topics such as language, ethics, time, logic, mind etc. At the turn of the 17th century however, philosophers began to examine possible worlds as a real phenomenon in its own right. Science on the other hand only began to take possible worlds seriously during the 20th century. Philosophical texts therefore are richer in thought on possible worlds than scientific texts are.

Remember how I started by asking you to imagine yourself in a television gameshow? Well now you know better than just to imagine. You know that this is actually happening right now in an alternate reality and a version of you is choosing between doors A and B. Unfortunately, you picked the wrong door and lost the supercar. Not to worry though, there are plenty of other possible worlds where you have won it!